Part of what Endangered Bodies seeks to do is promote body positivity and a healthier sense of autonomy in our readers. At least, that’s what I believe EB does. For my part, I’ve begun exploring the dynamics around the presence of rape in comic books, talking about how portrayals of rape affect public and private spheres of thinking and the effects it has on us, abuse survivors, especially in how we view our bodies, how we have interpersonal relationships, and how we perceive love.

For this post, I’m looking into a miniseries published by DC Comics that demolishes most norms surrounding thoughts on sexual abuse, deconstructing false ideas like “Abuse victims will eventually imitate their abusers” and “Sexual abuse can only happen in poor neighborhoods.” In doing so, it creates a sense of liberation for abuse survivors, telling us our bodies aren’t programmed to imitate our abusers because of what happened to us, and our backgrounds had nothing to do with it either. In this way it helps remove any sense of shame or guilt we may have internalized from thinking we might have brought on our abuse just because of whom we are or where we live.

“Batman: The Ultimate Evil” was a novel written by Andrew Vachss before it became a two comic miniseries by Neal Barrett Jr., Denys Cowan, and Prentis Rollins. It departs from the usual foray of costumed villains to explore the consequences of child abuse, rape, and child sex trafficking. This was published in 1995 to raise awareness of child sex tourism rampant in Thailand.

Batman’s alter ego Bruce Wayne attends a charity gala showcasing a false image of Gotham City meant to bring money and investors to Gotham and meets Debra Kane, a social worker. Debra’s personality is quickly established when she calls out Bruce’s upper class associates on their shallow perceptions that poverty causes crime. She says people cause crime, with the maltreatment of children the greatest contributor to latent criminal behavior. I’ll be talking about Debra quite a bit, and although she’s not as present in the story’s second half, many of its essential points are discussed through her. 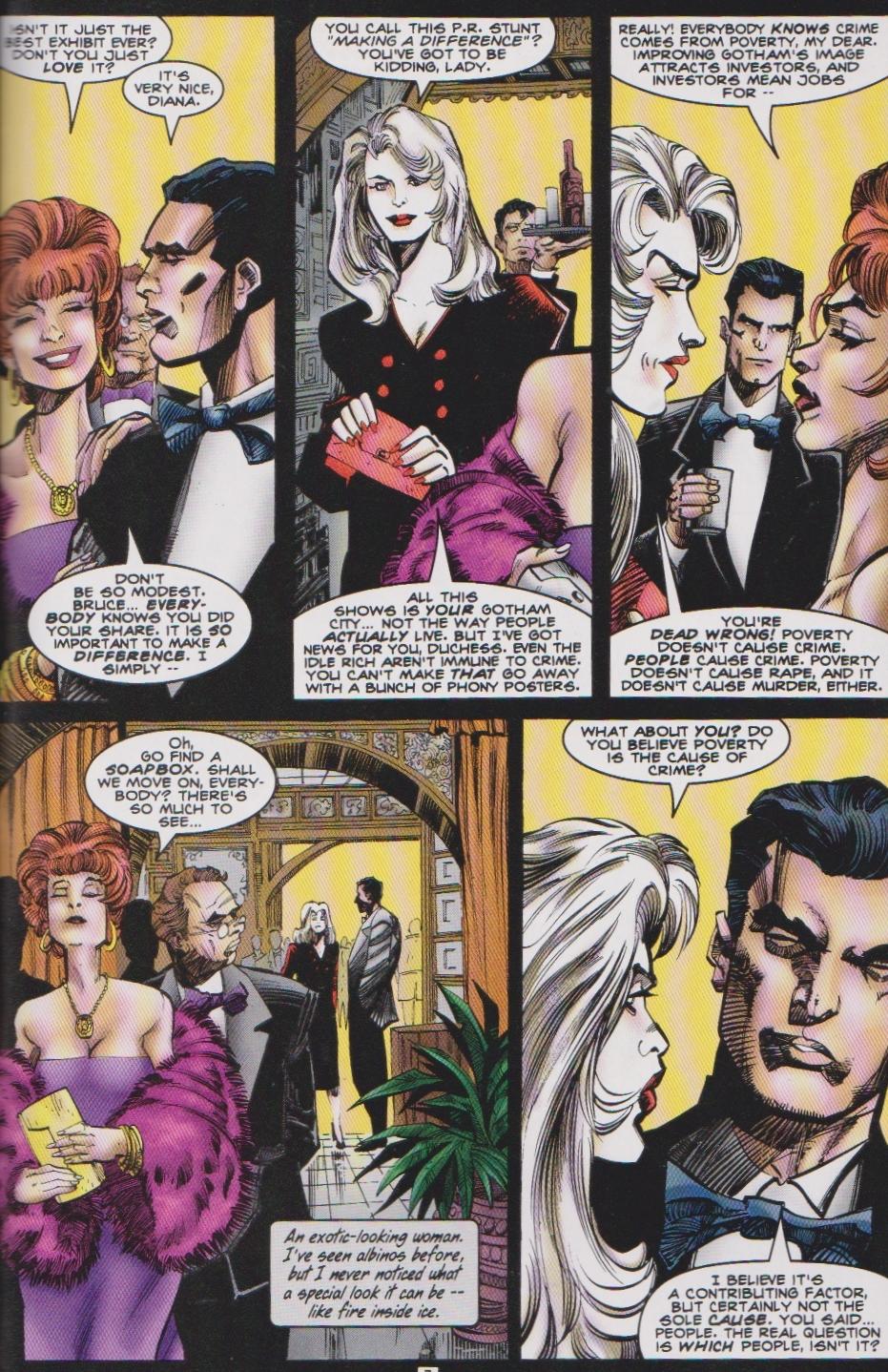 Bruce joins Debra on her rounds investigating abuse cases. As Batman, he also discusses with Debra the intersectionalism between child abuse and crime. The story doesn’t shy from exposing ugly truths about child abuse. It shows incest, physical abuse, and one panel features an infant covered in bandages from third-degree burns. The story also clarifies abuse leaves scars manifesting through long-term effects, with mentions of depression, self-harm, and suicide. Debra and Batman’s discussions bring up topics I personally feel are relevant to Endangered Bodies in the truth they analyze about abuse and its effects on the bodies and life experiences of survivors.

Debra’s points feel valid to me as a sexual abuse survivor because they act as reminders of my agency with my body, and hopefully how others feel regarding their agencies as survivors and human beings.

Criminalized incest and sexual abuse don’t happen because of race, gender, or socio-economic class. What’s done to abuse victims is not done from a place of love. Abuse’s effects can be long term in the physical and mental sense, and showing sympathy to abusers undermines the healing process for victims by making them feel as though their trauma means nothing, and can negatively affect their perceptions of their bodies and love as badly as the abuse itself has done. As an abuse survivor, you aren’t destined to become like your abuser, nor are you justified or allowed to abuse someone because of what happened to you. If someone loves you, they wouldn’t hurt you.